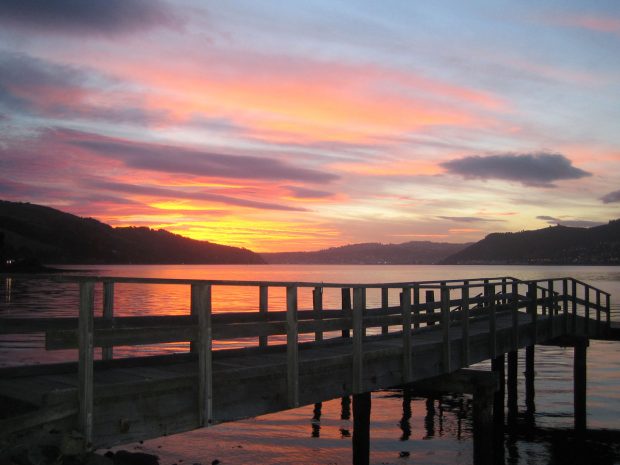 Famous for its spectacular scenery, friendly people, flightless birds and adventure sports, the Land of the Long White Cloud may be far from pretty much anywhere else in the world, but a visit there is certainly an unforgettable experience. Start here with my basic New Zealand travel tips, or jump down below to read my latest New Zealand travel blogs.

Since it’s in the southern hemisphere, the seasons in New Zealand are the exact opposite of what you’d expect if you grew up in the northern hemisphere: summer is from December to February and winter is from June to August.

Because it is a relatively small country and due to its latitude, the temperatures actually don’t vary that much from one extreme of the year to the other and the climate is generally mild most of the time. If you’re interested in outdoor pursuits when in New Zealand, consider that there are some activities that you can only do at certain times of year.

January generally has the warmest and most predictable weather with the least rainfall in New Zealand, but this is also when school children have their summer holidays, so things can be busier than at other times of year, so keep this in mind if you’re planning a trip to New Zealand at the beginning of the year.

Top Things to Do

Hike Milford Sound – Definitely the most popular outdoor activity in New Zealand is hiking (locally known as ‘tramping’), and Milford Sound on the South Island is a prime location for it. This stunning landscape in Fiorland National Park is best experienced on foot, and indeed if you want do the full four day hike in high season (spring/summer/fall), you have to book the overnight huts in advance, and these can fill up quickly!

Visit Hobbiton – No doubt the most famous film series to come out of New Zealand is the Lord of the Rings and the Hobbit trilogies, and since the filming of the latter, a permanent, fully functional village of Hobbiton has been open to visitors in Mata Mata on the North Island. Spend a day drinking butter beer, rummaging around Bag End and exploring the green pastures of the Shire!

Explore Ponsonby, Auckland – Perhaps the city’s most hipster neighborhood, Ponsonby is where you’ll find all the coolest bars, boutique stores and hipster eateries. Dizengoff on Posonby Road is a prime example of the many cool cafés in the area and for shopping, hit Flotsam and Jetsam a vintage store with all kinds of quirky things for sale. For a drink later on, try Mea Culpa or Conch for some of the best atmosphere.

With not much reliable public transport and some hard to reach destinations that are most definitely worth visiting, taking a tour in New Zealand can really be worth your time to save you the hassle of working our bus connections or if you want to avoid driving, especially if you’re afraid to drive on the left!

As one of the most gay-friendly countries in the Southern hemisphere, New Zealand is a very welcoming place for LGBT travelers. Here are a few resources and events you should know about gay New Zealand.

Gay Express – A monthly magazine and online publication about all things LGBT going on in New Zealand, this invaluable resource is as useful for locals as for visitors, with listings for all the events, shows and parties going on every month, as well as stories featuring local faces of the LGBT community and issues dealing with politics and more.

Out Takes – This queer film festival is one of the best established film festivals in the country that screens works from New Zealand and all over the world in cinemas in Auckland, Wellington and Christchurch.

Auckland Pride – Taking place each February, Auckland Pride is New Zealand’s largest gay pride event and features many art, comedy and theatrical events as well as the fun parade itself.

Hotels in New Zealand can be quite pricey, especially in the summer months when things get busier all over the country.

Most people may not realize this because I seldom talk about it, but when I was studying in Sydney, Australia in 2006 I took a week-long vacation to New Zealand. I went with one of my best friends and we rented a car and drove around the southern island. One of my favorite places I …