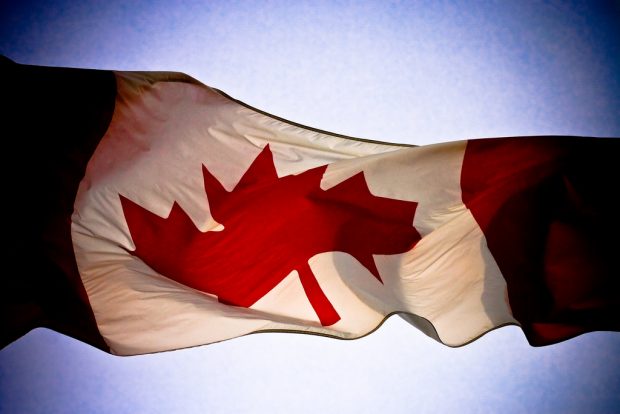 The second largest country in the world, and home to some of the friendliest people, Canada is a great destination whether you’re traveling solo, backpacking, cruising, looking for parties & festivals, or on a romantic city trip.

Canada also has some of the most pristine national parks in the world. And their cities are remarkably cool and very international—making it a fun and friendly place to visit. Start here with my basic Canada travel tips, or jump down below to read my latest Canada travel blogs.

The time of year you visit Canada will dramatically impact the type of experience you’ll have of the country. With the vast majority north of the 42nd parallel, winters are unsurprisingly cold and dark, while summers can have extremely long days, and mild weather. There can be something quite magical about visiting many of Canada’s eastern cities in the winter while covered in snow, but you likely won’t get much daylight.

Vancouver and much of British Columbia has quite a different climate than the Atlantic facing provinces, with much less variation in temperature between summer and winter. Fall can be a wonderful time to visit any part of Canada, especially the east for the colors of the changing leaves. Of course, a visit coinciding with Canada Day, July 1st, is a great idea, as you’ll get to see all the country’s quirkiest traditions come out!

The Most Canadian Things to Do

See an ice hockey game – The country’s most beloved sport, and national past-time, every Canadian grows up watching hockey. The Bell Centre in Montreal, the Air Canada Centre in Toronto, Rogers Place in Edmonton or Rogers Arena in Vancouver are probably the best places in the country to see this most Canadian game.

Go skiing – The ski season in some parts of Canada can be up to seven months long, and most Canadians (at least from the west of the country) grew up skiing from a very young age. The best ski locations in Canada are to be found in British Colombia and Alberta, with Whistler, Red Mountain, Lake Louise and Silver Star being definite highlights, but don’t miss the gay ski weekend in Quebec, either!

Being such a huge country, Canada has a lot to see. When planning your trip there, try to focus on just one particular area, but taking a tour through part of the country could definitely save you time while letting you explore a bit more than you could by yourself. There are also some great tours to be taken in many of the Canadian cities.

Canada was the first country in the Americas to introduce marriage equality, and nowadays LGBTQ people in Canada enjoy some of the most equal rights of any nation on the planet. As such, it’s no surprise that Canada is an extremely gay friendly place to visit as a traveler. Here are some things to be aware of.

Toronto Pride – The largest pride event in Canada, and among the biggest in the world, Toronto’s annual pride is a party not to miss! It happens every year at the end of June.

Vancouver Queer Film Festival – Taking place over two weeks every August, this huge queer arts event takes over the city of Vancouver with screenings, performances, parties and workshops on range of queer-related topics.

In the cities across Canada, you’ll typically find a huge range of types and prices of accommodation, and you can easily spend several hundred dollars a night if you want.

Highlights from a Winter Weekend in Tremblant during Elevation Gay Ski

From a snowy afternoon in the spa to elegant fireside meals, and of course a weekend of skiing, the quaint town of Tremblant is a great escape for a winter weekend.

Montreal’s annual pride festival is one of the world’s most popular. Check out these top highlights and photos from the 2018 Montreal Pride

6 of the Best Cities for Hipsters (Excluding Brooklyn & Portland)

After exploring vintage shops, bookstores, bars & cafés around the world, these are some of the world’s most hipster cities & neighborhoods

Four of the top foodie destinations in North America, including Boston, Toronto, San Francisco and Austin. Find out what makes each city so delicious!

A guide to 10 of the most interesting, awesome attractions and things to do in Toronto

As an iPhone addict I’m no stranger to social media apps. Instagram is one of those that I find fun and interesting. It’s basically the best place for peeking at other people’s best travel photos (and a great way to catch the world’s best sunsets…every day!). In Canada over the summer I captured a few of …

My review of the TIFF Toronto International Film Festival 2012 where I saw two documentaries: Love, Marilyn and Jared Leto’s Artifact

Design hotel in Montreal: a room with at least 5 mirrors

In Montreal I stayed at the Zero 1 design hotel. Located just a few short blocks from Rue St-Denis, the hotel is near much of Montreal’s student nightlife. It’s also within walking distance of Montreal’s gay district along the street Rue Sainte Catherine. It’s a convenient location to these two popular nightlife destinations and perfectly …

Read More about Design hotel in Montreal: a room with at least 5 mirrors