Travel blogs, travel photos and features from England in the United Kingdom 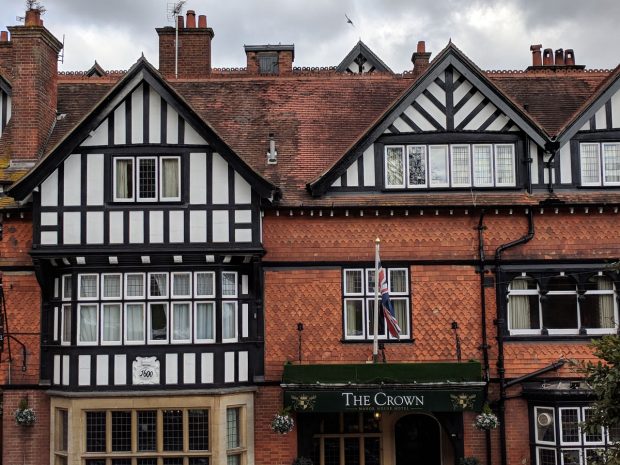 The largest and most populous country in the United Kingdom, England is also probably the one you think of first in the union. With so much rich history and beautiful landscapes but also some really cool cities and loads of amazing things to see and do, it can be a bit overwhelming planning a trip to England! Start here with my basic England travel tips, or jump down below to read my latest England travel blogs. 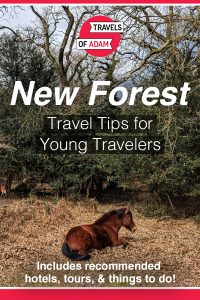 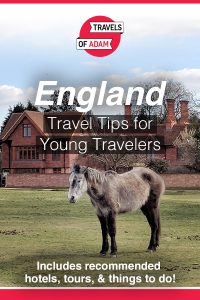 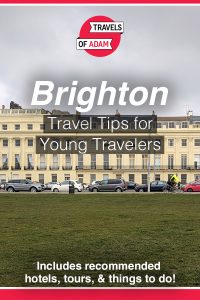 • From Berlin to Brighton for the weekend

• Road tripping in England: a visit to Stonehenge

• Why I Love London’s Free Museums

• A Beginner’s Guide to East London

• The World’s First Sex Shop Made Entirely Out of Felt?

The weather in England is pretty mild all year round, with no much extreme. Nonetheless, summers are no doubt the nicest time of year to visit, but it may still rain at any time, especially in the west of the country! Snow in winter in the south of England is unlikely, but the further north you go, the more chance you have of finding a winter wonderland, if that’s what you’re after!

In the largest cities, especially Brighton, London, Bristol, Birmingham, Manchester, Liverpool, York, Leeds and Newcastle, there are things going on every day of the year, so no matter when you visit, you’ll find something cool to do!

The Royal Pavilion, Brighton – This former royal residence close to the seafront built in a faux Indian style is just one of Brighton’s many wacky attractions. Though you’re not officially allowed to photograph inside, it’s still worth exploring the many rooms to get a look at all of the items on loan from the Queen herself!

Clifton Suspension Bridge, Bristol – An impressive feat of engineering, and a symbol for the city of Bristol, this cool bridge on the edge of one of Bristol’s fanciest neighborhoods (Clifton) is a must-see when visiting England.

The Baltic Centre for Contemporary Art, Newcastle – This museum for contemporary visual art housed in a beautifully renovated former flour mill is unusual in that it doesn’t have a permanent collection at all, but instead hosts regularly changing exhibitions. In 2011, it was the location for the Turner Prize exhibition.

New Forest National Park – For an escape into the English countryside, the New Forest national park in the southwestern corner of England offers a little bit of something for every type of tourist. For adventure travel enthusiasts, the park is home to some of England’s most picturesque trails and hikes (great for amateur cyclists!), while the tourist attractions of the region are great for romantic weekend escapes, family trips, or even school groups.

Taking a tour while visiting England can be very much worth your time. With such a rich history, it’s easy to overlook things there, and having someone in the know guide you can be extremely valuable. Take a look at this selection of England tours.

England is a very welcoming place for LGBTQ travelers. Of course London, simply by virtue of its size, has the highest concentration of gay venues, events and spaces in the country, but many other cities around England have their fair share too. Here are a few things you should know about gay England.

Brighton Pride – Unusual compared to other pride events in England because it’s actually more of a festival attended by all kinds of people, Brighton Pride is a definite highlight of the city’s summer program. Of course, there’s a parade, but it ends at a stage where popular British musicians headline.

Soho, London – The epicenter of everything gay in England, Soho is London’s historical gay neighborhood. Incorporating the theatre district as well as the city’s Chinatown, Soho is a diverse and eclectic part of the capital, definitely worth exploring. There are countless bars, clubs and shops with a mainly queer clientele, as well as home of the oldest gay pub in England.

Canal Street, Manchester – Since being featured in the classic British show, Queer as Folk, Manchester’s Gay Village, centered around Canal Street, has helped to define the city as one of the world’s modern gay city hotspots. A lot of the city’s contemporary gay history has taken place in and around this area, with Sackville Gardens being home to a number of historical monuments. Of course, it’s also a great place to go bar hopping!

The unofficial “gay capital” of England, Brighton has always been an LGBTQ hotspot. Its funky city flair, the gay bars and clubs, friendly attitude and fun festivals make it a gay hotspot

Read More about A Gay Guy’s Weekend Guide to Brighton

Walking (and Cycling) the New Forest

Tips and tricks for visiting the New Forest in southwestern England – a lovely weekend escape out into the nature with wild ponies, beautiful wildlife and great cycling and walking trails for every type of traveler

Read More about Walking (and Cycling) the New Forest

The Hoxton – My Favorite Hotel in London

One of London’s most hipster hotels is also one of its most affordable, cool, gay, trendy hotspots — and it’s just so much fun!

Read More about The Hoxton – My Favorite Hotel in London

London’s Best of Everything is on Brick Lane

A single city street full of life, culture, art (and food!), Brick Lane is *the* place to be in London – a symbol of true diversity & makes London special

A Night Out in Queer Manchester

Manchester’s hip attitude and creative spirit makes it one of the U.K.’s most vibrant, colorful and queer cities — read about my queer weekend exploring Manchester’s underground nightlife

Read More about A Night Out in Queer Manchester

Seven Dials London is at the heart of central London with great bars, restaurants and cool things to do – get the free guide to London’s hidden neighborhood

Read More about A Hidden Neighborhood in London’s City Center

Drag queens are battling it out in an East London bar for £1000 cash at East London’s most fun and quirky gay bar, The Glory.

Read More about Fun, Fashion & Fame – A Night Out at The Glory’s Lipsync 1000 Drag Battle

East London – Shoreditch and Hackney – is the new gay London. Read some of my top recommended LGBT-friendly places to visit in East London, day or night