Travel blogs and features from Scotland 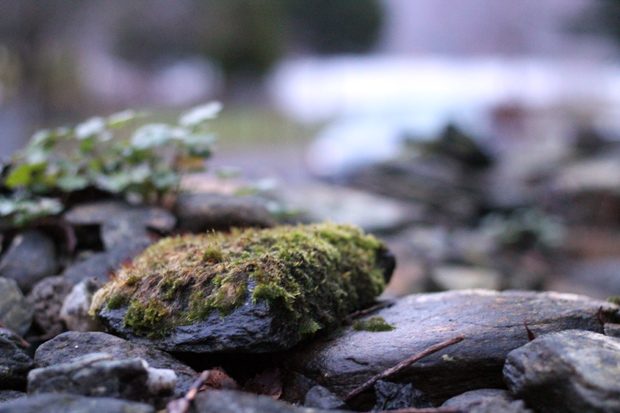 The northernmost country in the United Kingdom, Scotland is a surprisingly cool place to visit. With loads of history, but also a budding contemporary art scene as well as some cool nightlife and great food, it’s the perfect place for a hipster holiday, or an outdoorsy adventure. Start here with my basic Scotland travel tips, or jump down below to read my latest Scotland travel blogs.

No matter the time of year, you should be prepared for rain at all times on a visit to Scotland! While the summers can be warm and pleasant, it could rain at any time, so at least bring an umbrella!

Winters in Scotland do get cold, and there is often snow, especially in the Highlands, but in the two major cities, Edinburgh and Glasgow in the south of the country, it’s not too bad, and anyway there is always cool stuff going on indoors that the bad weather doesn’t matter too much!

Of course, visiting Scotland at New Year (or as it’s locally known, Hogmanay) is an unforgettable experience, and one definitely worth trying once in your life.

Coolest Things to Do

Visit the free museums in Glasgow – Scotland’s largest city has a lot to offer in terms of culture and art, much of it accessible completely for free. There are several free museums worth visiting, including the Science Museum and the Gallery of Modern Art, as well as many other free things to do in Glasgow.

Attend the Edinburgh Fringe Festival – Every year in August, the city of Edinburgh is taken over by the extremely popular and diverse Fringe Festival, performing arts festival, and is in fact the largest art festival anywhere in the world. With musical, comedy, dance, cabaret and theatre performances in almost 300 different locations around the city, there is something for everyone.

Ride the Harry Potter train – Running from Fort William to Mallaig on the Atlantic coast, perhaps the most famous and scenic train in Scotland (or even in all of Europe) is an unforgettable experience. This steam train, the Jacobite, runs twice a day, going over some beautiful aqueducts and though it was made famous by the Harry Potter films, is in fact a regular train service that you can buy a normal ticket for!

Taking the time to go on a tour in Scotland, either in one of the cities to get to know a bit more about its history, or out in the wilderness, can be a very rewarding experience.

Many of the Scotland wilderness multi-day tours leave from Edinburgh and can be a great way to experience the beautiful Scottish countryside efficiently and safely.

As the first country in the UK to legalize same-sex marriage, Scotland is perhaps the most LGBT friendly nation in the union. In most of the cities, there is at least one gay bar, and the two largest cities, Edinburgh and Glasgow, each have their own annual pride event. Here are a few places you should know about in gay Scotland.

Edinburgh’s nightlife – With the biggest gay community of all the Scottish cities, the capital is of course a great place for a gay night out. Several places, such as CC Blossom, The Street and Café Nom de Plume are restaurants that also become bars later in the evening and perhaps even a dance floor.

Queer performances at the Fringe – The Edinburgh Fringe, as mentioned above, is one of the biggest art festivals in the world, and as such, it’s no surprise that there are several queer performances taking place there every year, such as this one from 2015.

Klozet, Dundee – The relatively small city of Dundee even has a cool gay bar: this place with an understated aesthetic and a lovely drinks menu is a community favourite with karaoke nights, live music and other special events taking place throughout the week.

JustFly Reviews: 5 Places to Visit in Europe For Young Travelers

Read More about JustFly Reviews: 5 Places to Visit in Europe For Young Travelers

February is traditionally the UK’s LGBT History Month. Over the past few years as LGBT individuals have gained more and more equal rights, there’s been a shift in traditional gay culture. And more of an understanding of what it’s like to be gay. “Being gay” is a diverse and uncommon trait, and with more discussion …

Photos from the Royal Edinburgh Military Tattoo – one of the most special events and festivals in Edinburgh, Scotland – a reminder of what is special about the city and our world

Contemporary Dance at Edinburgh Fringe: Boys Who Like to Play With Dolls

Review of the gender-bending, Czech contemporary dance performance ‘Boys Who Like to Play With Dolls’ at the Edinburgh Fringe Festival – to be human

Read More about Contemporary Dance at Edinburgh Fringe: Boys Who Like to Play With Dolls

At the Edinburgh Fringe Festival – Review of Trans Scripts, a compelling and award-winning performance that centers around the lives of six trans women

Read More about Trans Scripts at the Edinburgh Fringe (Review)

Review of the Stay Central Hotel in Edinburgh. Located near the Grassmarket (in Cowgate), this is one of Edinburgh’s prettiest little hotels!

Photos from New Year’s Eve in Edinburgh at the Hogmanay street party – live music, lots of fireworks and a lot of fun!

Read More about New Year’s in Edinburgh: WTF is Hogmanay?!

My First Impressions of the Scottish Countryside

Read More about My First Impressions of the Scottish Countryside