The ultimate guide to the coolest things to do and see when traveling in Spain – only from Travels of Adam. 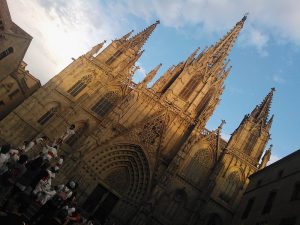 Europe is one of the most dynamic and interesting places to visit in the world—from the picturesque villages of southern Spain to the arctic villages in Scandinavia. Europe’s charms lie not just in the big metropolis cities but also in the small-town villages, the nature trails, the ski resorts and the Mediterranean beaches. There’s truly something for every type of traveler and in every season, too. Whether it’s Europe’s best gay cities or travel tips for Europe’s secret hotspots, get the juiciest and coolest tips here. Start here with my basic travel tips, or jump down below to read my latest Spain travel blogs. 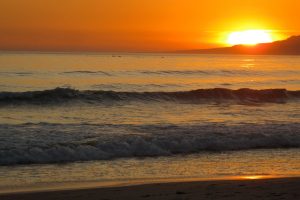 Here’s the thing about Spain—it’s a year-round destination. Huge tourist crowds flood the country in the summertime when European backpackers flock to Madrid, Barcelona and Andalusia. But the sweltering heat in southern Spain makes summertime travel in Spain challenging (unless you book a hotel with a pool!), so winter in southern Spain is recommended.

There are also even ski resorts up in northern Spain, just a few hours drive from Barcelona in the Pyrenees Mountains—so if ski travel is your thing, head that way. Big events in Spain include the gay pride festivals in Madrid, Sitges and Barcelona (Madrid’s is one of the biggest in Europe), La Tomatina Festival outside of Valencia and a series of amazing music festivals in Barcelona such as Sónar Festival, Primavera Sound and Cruilla Summer Festival.

You could easily plan a handful of individual city trips to Spain, but why not book a longer holiday to take in more of the sights, enjoy more of the sunshine and take in that Spanish culture to the fullest extent. Here are a handful of my suggested two week itineraries for Spain.

With its rich history, diverse landscape and the many architectural marvels of its cities, taking a tour in Spain is highly recommended. Being guided by someone who really knows their stuff will give you a new perspective on the country and give you the most immersive experience in the shortest amount of time.

Spain is one of the easier countries to visit as a tourist, thanks to the friendliness of its people. But a lot of people don’t realize just how easy (and enjoyable!) it is to visit Spain. I think that’s what makes it such a popular choice.

Spain is as diverse as anywhere else (probably more so), but it’s also quite surprising as a travel destination. That’s what keeps tourists coming back for more, whether it’s on annual holidays to the beach, on cruises, or city breaks to Spain’s sexiest cities.

For LGBTQ travel in Spain, look out for some of Europe’s biggest gay events, parties and festivals in LGBT hotspots such as Madrid, Barcelona, Sitges and Maspalomas on Gran Canaria.

During peak tourist season in Spain, it might be a challenge to find quality, affordable accommodation — but there’s usually decent deals to be found on search engines Booking.com or Agoda.com. The trick is to finding a room that’s not directly in the city center, but in one of the less central neighborhoods (often where you’ll find cool hipster places to stay, anyways!).

5 Summer Festivals & Parties Worth Traveling For

Read More about 5 Summer Festivals & Parties Worth Traveling For

Road Trips in Spain – Where to go & what to do

4 Reasons to Take a Language Course When Traveling

Why Andalusia is the Best Place for Studying Spanish

JustFly Reviews: 5 Places to Visit in Europe For Young Travelers

Read More about JustFly Reviews: 5 Places to Visit in Europe For Young Travelers

From snails in the paella to a beach vibe and city culture, Valencia has a lot to offer the modern tourist making it one of Spain’s best cities to visit

Read More about 20 Fun Spanish Words You Need To Know

10 Hipster Things To Do in Barcelona

One of Europe’s coolest cities, Barcelona is a mecca for European hipsters with countless cool things to do, including awesome nightlife, food & more

Read More about 10 Hipster Things To Do in Barcelona

The Creative Side of Valencia – Exploring Ruzafa

There’s something special about a city that’s turned their river into a park, a city that’s invested millions in an architecturally-unique arts and science center, a city that’s home to Spain’s first contemporary art museum. But, I think, for valencianos, this isn’t surprising. This is a city with a long history for creativity. It’s where paella was …

Read More about The Creative Side of Valencia – Exploring Ruzafa