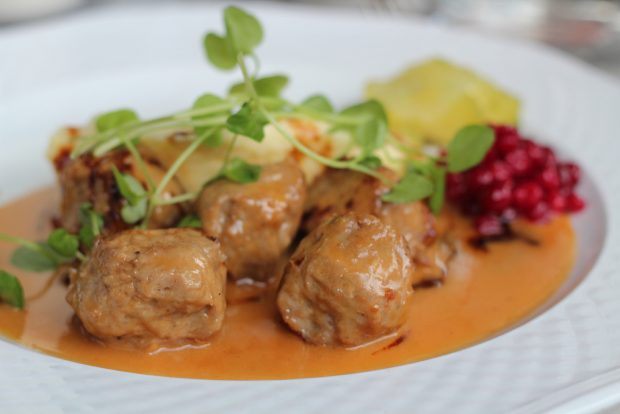 The big brother of the Scandinavian countries, Sweden is one of the coolest (and also largest!) countries in Europe. With so much land, so many lakes, but so few people, it’s a great place to get out and explore nature away from it all, but also has some dynamic and hip cities with loads of exciting and creative areas worth exploring.

• How to Fika – A Swedish (Foodie) Cultural Tradition

• Why You Should Visit Sweden

• That Stockholm Style – The Coolest Things To Do in Stockholm

• One Weekend as a Swedish Hipster at Popaganda Festival

The time of year you visit Sweden will dramatically impact the type of experience you’ll have of the country. In arctic Sweden, summer and winter are polar opposites, with 24 hour sunlight and 24 hour darkness, respectively for several months.

Even in Stockholm, the sun will barely set in summer, giving you super long days, but the reverse is then true in winter. Temperatures vary a lot too, with winters typically wet and extremely cold, while summers are mild and sunny, but often rainy too!

Generally speaking, any time between May and September is a good time to visit Sweden for the best weather…but there are no guarantees, so come prepared for rain and cold either way!

The Most Swedish Things to Do

Have fika – The everyday tradition of having coffee and cake in the afternoon is something you really have to experience in Sweden because it’s a truly unique experience. It’s a lot more than most other culture’s “coffee and cake” afternoon traditions, most importantly because it’s not a rushed affair, but rather you take your time catching up with a friend or taking time out of your day to treat yourself!

Go island hopping – The archipelagos around two of Sweden’s costal cities, Stockholm and Gothenburg, are both well worth exploring as a day trip from either city. Without going far out from the downtown areas by regular ferry, you can easily find yourself on a quaint Swedish island, surrounded by nature.

Attend a music festival – Swedes are crazy about music, and they have some of the best festivals in Europe. Most take place in the summer, and many are outside of the big cities taking over small villages. Read more about my experience at Popaganda Festival a couple of years ago.

Sweden is a huge country, and you won’t be able to see all of it on one trip. However, by taking a tour, you can increase your exposure to this cool, Scandinavian country. Take a look at some of these Sweden tours to visit some of its lesser known corners and get a better grasp of Swedish life.

Of course, Stockholm being the capital and largest city of Sweden, it’s also the main hub for queer life in the country. But here are a few other places and events to be aware of.

BeeBar, Gothenburg – Gothenburg has a thriving LGBTQ community, and multiple gay and lesbian bars, clubs and events, but a highlight is definitely BeeBar. It’s a straight-friendly café, restaurant and once it gets late enough, a lively bar, which is a great place to start off a night out in Gothenburg.

SLM Malmö – It’s a fetish club for men featuring different nights for fans of leather, rubber, sportswear and uniform. Something a little unexpected in perhaps Sweden’s quaintest and most pleasant city!

Stockholm Pride – The largest pride event in Scandinavia, Stockholm Pride is a street party for everyone, unlike any other city. It’s a chance for the whole population of the capital to come together and remember why we march. In many ways, it continues to be a refreshing break from other European gay pride festivals.

Sweden isn’t known as a budget-friendly country to visit, and so choosing your accommodation wisely could save you a lot of money. Especially in Stockholm and Malmö, it’s often simplest to book through a major hotel booking engine for the best deals.

How To Fika – A Swedish (Foodie) Cultural Tradition

You might know about Swedish meatballs, but you haven’t had Swedish food until you’ve had a proper fika – coffee & cake in Sweden

Read More about How To Fika – A Swedish (Foodie) Cultural Tradition

Why You Should Visit Sweden

With history, culture, blondes and meatballs, Sweden is one of Europe’s most diverse and unique destinations. Discover why you should visit Sweden

Read More about Why You Should Visit Sweden

A weekend visiting the art museums in Copenhagen and Malmö, including tips on why it can be helpful to travel for art, museums or even just an exhibition

Read More about An Art Weekend Trip to Copenhagen & Malmö

Photos from Stockholm’s gay underwear party — one of the city’s best gay events during Stockholm Pride with sexy guys, girls & a lot of fun

The Problem With Doing Too Many Amazing Things

We live in some pretty fantastic times. There’s a lot to see and do in the world. But we spend so much time trying to DO, we don’t often have time enough to THINK.

Read More about The Problem With Doing Too Many Amazing Things

That Stockholm Style – The Coolest Things To Do in Stockholm

The Ultimate Guide to Stockholm for Hipsters

Over 20 photos of Stockholm’s most hipster neighborhood, the Södermalm area including the über-hip SoFo district with craft beer bars, cheap eats and more!

Read More about The Ultimate Guide to Stockholm for Hipsters

When the Whole World is Against You – ‘Flocken’ at the #Berlinale