It’s undoubtedly Europe’s coolest city. With 24-hour nightlife, a growing culinary scene and affordable living, Berlin has attracted people from all over the world. DJs want to play Berlin’s clubs (some of the best in the world) and artists want their work shown in the hundreds of independent galleries. There is always something interesting happening in Berlin.

And thanks to the city’s sprawling size and relative diversity, it’s now one of the world’s most hip cities. Whether visiting for a day, a weekend or a week, you should be able to use the travel guide below to find unique and interesting things to do in the world’s best city :-)

Most Berlin hotels are within walking distance of Alexanderplatz, but boutique and designer hotels are scattered throughout the other neighborhoods. Kreuzberg, Friedrichshain and Prenzlauer Berg are easily accessible via public transportation and provide a more local experience for travelers. Neukölln is another great area to stay thanks to a handful of cool hipster hotels. Keep in mind that Berlin is a relatively safe city but, like anywhere else in the world, there can still be problems in some areas more than others.

I recommend using Airbnb to find apartment rentals in Berlin. Look for ones in Kreuzberg, Mitte (around Rosenthaler Platz) or Prenzlauer Berg. Also: anywhere along the U1, U2 or U8 U-Bahn lines will likely be especially convenient for visiting the city. You can also read my detailed neighborhood guide here for more tips on where to stay in Berlin.

Bars: Where to Drink

Berlin seems to be fueled by cheap beers (this is Germany, after all) but there are an increasing amount of cool bars and pubs worth visiting. Many have their own unique design, special events or even just serve really good drinks (think craft beers or contemporary cocktails). There are a lot of areas in Berlin great for drinking but the best of the best are going to be in Kreuzberg, Neukölln and Friedrichshain.

Bar crawls aren’t excessively popular in Berlin but if you’re looking for a street full of great bars, check out Weserstraße in Neukölln. The bars here change quite a bit and new ones are popping up all the time, but you can’t really go wrong with a night out on Weserstraße. And while you’re there, keep your eyes out for the giant frogs!

With Berlin’s growing start-up scene, cafés have become the “it” place for freelancers and self-employed entrepreneurs. Co-working spaces are popular in Berlin and new ones seem to open up every month. But still, with the Berlin café culture, it’s all about the coffee…

Berlin may not be known as a foodie destination, but over the years I’ve lived here, I’ve definitely noticed an improvement in the quality and quantity of good places to eat. Berlin’s food scene today rivals many of Europe’s top cities and it keeps getting better and better! Recently, Berlin was even named the vegetarian capital of the world…pretty surprising for the capital of Germany!

If you’re looking to sample a mix of Berlin’s best restaurants, try a food tour. There are a handful of different companies offering food tours in Berlin, but so far, my favorite is Bitemojo–a new app that just recently launched in Berlin and offers eight different food tours through Berlin’s various neighborhoods. I sampled a vegetarian tour through Neukölln (one of my favorite neighborhoods!) and for just 25€, it’s an incredible value – the cost of the tour includes food and drinks at at least six different Berlin restaurants! Get the Bitemojo app on iOS or Google Play and use promo code TRAVELSOFADAM for an exclusive discount.

A typical Berlin brunch means a buffet-style meal with sliced deli meats, cheeses, soft-boiled eggs and fruits. And sausages – this is Germany, remember? But that doesn’t mean Berlin’s best brunches are tepid affairs. Several cafés and restaurants have found ways to make the Berlin brunch memorable. Plus, there are even a surprising amount of vegan brunch options!

Nightclubs: Where to Dance & Party

With more and more people visiting Berlin not for its tourist attractions but for its cutting-edge culture, much of the action in Berlin takes place at the city’s countless nightclubs. Resident Advisor lists what DJs will be where, but I also recommend checking the Open Airs Berlin Facebook page (especially during the summer).

For students and younger travelers, Magnet Club and Lido are decent choices for their indie music parties.

Gay-friendly cafes and bars can be found throughout the city, though historically the streets around Nollendorfplatz in Schöneberg were the gay-friendly hotspots. Today you’ll find gay bars all over the city, though—even in the places you might least expect. The new gay Berlin has pretty much moved over to Neukölln where you’ll find gay clubs, queer bars and even occasional drag shows.

Popular gay parties include Buttons (formerly called Homopatik) at //about: blank and Revolver (and other nights) at the fetish-friendly Kit Kat Club. Though I tend to go for the smaller parties in more indie clubs like below. In Schöneberg you’ll find a lot more fetish clubs, but Hafen, Heile Welt and Tom’s Bar are all relatively tame bars worth checking out in that area. Other than those, spend your time in Kreuzberg, Neukölln or Friedrichshain where even if the bars aren’t labeled gay, you’re still likely to run into queer boys and girls on the dancefloor.

There is also a great Berlin meetup in Berlin for LGBT travelers – check the local gay magazine for more information.

Thanks to Berlin’s unique history in the world, the city has long been a hotspot for creative professionals and entrepreneurs. And what the city’s 100+ museums lack in world-class collections, they make up for in attracting new artists and exhibitions. 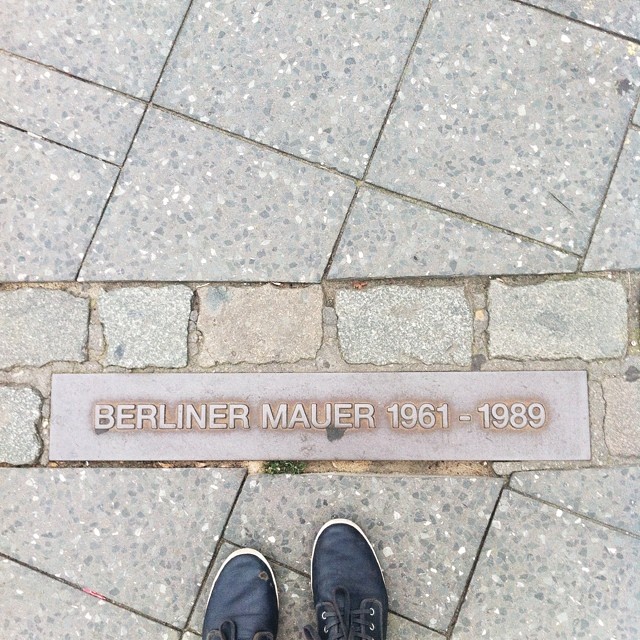 I like to say that Berlin doesn’t has much in terms of tourist attractions, but what it lacks in things to see it makes up for in history. Berlin has its iconic buildings of course (Brandenburg Gate, Berlin Cathedral, TV Tower) but they’re mostly just pretty buildings perfect for Instagram, with very little worth seeing or doing on the inside. Still, Berlin is very much a living city, with new and exciting things happening every day. The city is constantly changing and growing, with special thanks to the fact that it was once a divided city and only relatively recently reunited.

Berlin has the unique accolade of being one of Europe’s greenest cities. With a massive park in the middle of the city, Tiergarten, there’s no shortage of green space in Berlin. Each neighborhood, or kiez, also seems to have their own public space for street festivals, weekly farmer’s markets, gelato-eating or ping-pong.

For more Berlin travel tips and suggestions, check out some of my favorite blogs and resources: