Travel blogs and features about films & movies from around the world 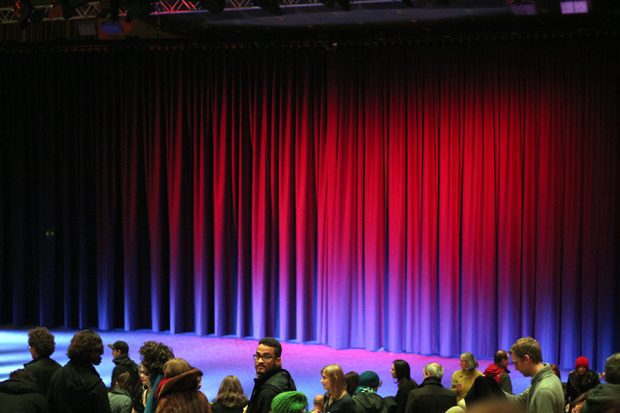 The Teddy Awards during the Berlin International Film Festival celebrate their 30th anniversary this year.

Reviews and features of international, travel and gay movies

Movies are one of my biggest passion. In fact, I think if I weren’t a writer or a designer, I would’ve found myself working in the film industry.

These days, I spend a lot of my free time at film festivals, in the cinema, or lounging at home binge-watching TV on Netflix. Below, you’ll find a lot of my favorite movies, films, web series and TV shows.

Shoot a Short Film on Your Phone on Location in Berlin

I was standing at the bar ordering my Friday-night drink of choice—a vodka tonic—when I heard it. The snapping fingers, then the clapping, and then that beat. I couldn’t help myself. My hips we’re shaking. “I’ll be fine.” It was the theme song to Please Like Me—a hit Australian TV series that’s become my latest obsession. …

Read More about REVIEW: The Casual Pleasantness of “Please Like Me”

Premiered at the Berlinale 2017, photos and a review of new gay film Dream Boat documenting the lives on board a gay cruise

6 New Queer Films From Around the World

An end-of-year round-up of 6 of the best LGBTQ films released in 2016 from around the world. Some of this year’s best gay movies!

Read More about 6 New Queer Films From Around the World

FILM REVIEW: Love is All You Need?

Read More about FILM REVIEW: Love is All You Need?

Discovering the Power of Queer Music in Film

There’s queer history and music history, and queer music—and at this year’s Reeperbahn Festival it all came together in a film & music event

Read More about Discovering the Power of Queer Music in Film

French gay film, Paris 05:59, captures the essence of what it’s like to be a young European gay guy in love, the fast romance and intense passion

A poignant documentary film about the troubles we face in Europe today—hopelessness, financial insecurity and a life we have to live day-by-day

The film opens in the rain. There’s a tension in the air, but something beautiful about it, too. It’s a theme that permeates the new gay drama Jonathan (2016, Germany) which premiered last Friday night at the Berlinale International Film Festival. Before I was able to get a ticket to the premiere, there was already …

Read More about The Post-Apocalyptic Dream State of ‘Homo Sapiens’