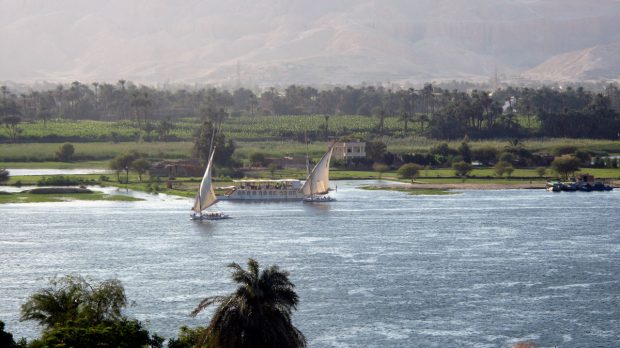 The ultimate guide to the coolest things to do and see when traveling in the Middle East & North Africa – only from Travels of Adam.

Packed full of history (it’s the cradle of civilisation after all!), the countries making up the Middle East and North Africa are some of the most interesting places to visit on Earth.

• 24 Amazing Places to Visit in Israel, Jordan and Palestine

• 11 Reasons Why Tel Aviv is One of My Favorite Cities

• The Blue Medina of Chefchaouen, Morocco

With a lot of geographical variation in the region, the weather varies dramatically from place to place in the Middle East and North Africa, though it is safe to say that coastal regions are generally warm enough to swim in the sea most times of the year.

An important religious celebration to keep in mind when planning a trip to the Middle East and North Africa is Ramadan, taking place during the ninth month of the Islamic calendar (usually some time between April and June) and is observed in Muslim countries around the world and means a time of fasting during daylight hours.

This means that if you visit Morocco during Ramadan, it will be difficult to find places to eat while the sun’s up, though if you stick to big cities, there will always be something open and it means you’ll often have restaurants to yourself!

Planning a dream trip to the Middle East & North Africa? There are so many ways to plan a trip, but the first step is choosing a starting point and an ending point—usually dictated by your flights. Once you know your starting city and final destination, you can connect the dots pretty easily. Here are few suggested two-week itineraries for the Middle East & North Africa.

Tel Aviv – Jerusalem – Amman – Petra – Wadi Rum – Dahab: This route through the Levant is full of history, friendly people and great food! Starting in Tel Aviv, enjoy the city’s cosmopolitan feel and great beach life, then explore the ancient streets of Jerusalem before going below sea level to float in the Dead Sea.

Cross the border to Jordan and get lost in Amman before heading south to visit the world famous ruins of Petra then head in to the desert and sleep under the stars in Wadi Rum. Take the ferry across the Red Sea from Aqaba to Nuweiba in Egypt and learn to scuba dive and hang out on the beaches in Dahab.

Cairo – Alexandria – Luxor – Aswan: For a classic Egyptian route along the Nile, start off in Cairo, making a day or overnight trip to Alexandria on the Mediterranean coast before following the Nile south down to Luxor to visit the ancient city of Thebes, commonly known as the world’s greatest open-air museum. From there, head further south to Aswan to see where the Nile opens up into the desert.

Tangier – Chefchaouen – Fes – Rabat – Casablanca – Marrakesh – Essaouira: Morocco from the Mediterranean to Atlantic coast offers a lot in a relatively small area. Start off at the port city of Tangier, from where you can see across to Spain, then head inland to the famous blue city of Chefchaouen.

From there, visit Fes for its beautiful architecture, and then on to the capital Rabat, and Casablanca for coastal city vibes. Turn inland again to visit Marrakesh to experience the souqs, mosques and incredible food before finally ending up at the surf and beach hotspot of the country, Essaouira.

Being only gay in many countries in the Middle East and North Africa might not be easy and there are some important things to be aware of.

Homosexuality is illegal in many countries – In Morocco, Algeria, Tunisia, Libya and Qatar, same-sex sexual activity is punishable by by anywhere from 3 to 7 years imprisonment, while in Saudi Arabia, Yemen and the UAE, it can be punished by death.

Though there are very few cases of tourists being subjected to these laws, it is worth while being aware of them and considering them carefully before planning your trip. Lebanon, Jordan, Israel and Egypt have no such laws.

Israel is gay-friendly – Indeed, Israel can easily be called the most gay-friendly country in the region, and it is quite far advanced on these issues compared to its neighbors.

With rights and protections on par with many European countries (though there is not yet full marriage equality), Israel is definitely the easiest country in this part of the world to be an openly LGBTQ person. Unsurprisingly, it therefore has a huge gay scene, centered around Tel Aviv.

There’s a huge range of accommodation options all over the Middle East and North Africa, and you can often find cheap deals just as easily as you can splash out on something really fancy.

A guide to tipping around the world

A new guide from MyPostcard.com shows which countries require the most in tips, and what to tip for what services wherever you are around the world

Read More about A guide to tipping around the world

TRAVEL CONTEST! Enter to win a trip to Jerusalem in 2017 with three nights luxury hotel accommodation, meals and a day tour.

Read More about Win a Trip to Jerusalem in 2017!

24 Amazing Places to Visit in Israel, Jordan and Palestine

One of my favorite parts of the world is also one of the most complicated. The tiny stretch of land on the western edge of the Mediterranean Sea, stretching down to the Red Sea and across the Jordan Valley, this little part of the Middle East is all at once both fascinating and beautiful. And …

Read More about 24 Amazing Places to Visit in Israel, Jordan and Palestine

Cool (and Cheap) Things To Do in Tel Aviv

Tel Aviv with its bearded hipsters in tank tops, its craft beer bars and its 24-7 culture of hedonism is one of the most exciting and fun cities to visit

I’m writing this today from the lounge at Abraham Hostels in Tel Aviv. I still remember the first time I visited Israel. It was 2010 and I was on a backpacking trip around the world. I had this idea that I might stay in the country for more than just a short holiday, more than just …

Read More about Win a Trip to Israel – Exclusive Sweepstakes

We’ve got just the one planet, but it’s a special one. Photos of beautiful destinations from around the world: Asia, Europe, Oceania, Africa & the Americas

Read More about Photos of Earth – Because it’s Damn Pretty

Travel is often so personal, but when you go off the beaten path, you can really change who you are and how you see the world. These videos show just that

The Things That Made Me, Me

Read More about The Things That Made Me, Me

My trip to Tel Aviv a few weeks back got turned into a really cool YouTube video, thanks to GoIsrael.de. During my weekend Tel Aviv holiday, I squeezed in A LOT of different activities, and still managed to do the entire holiday on less than 69€/day. That’s because some of Tel Aviv’s best attractions are …