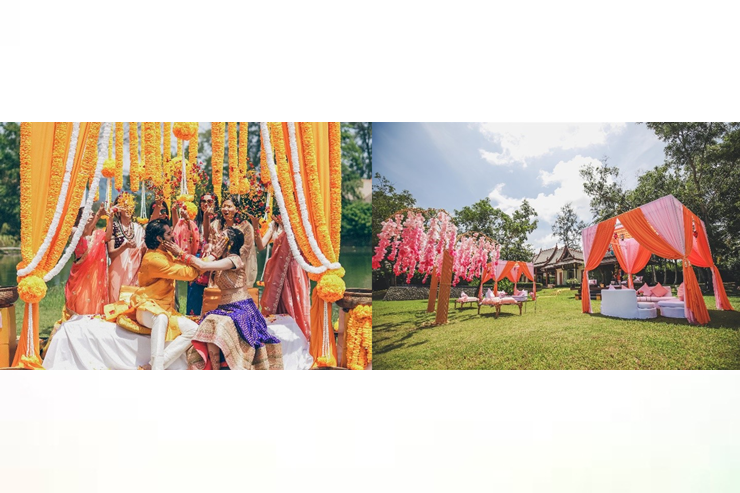 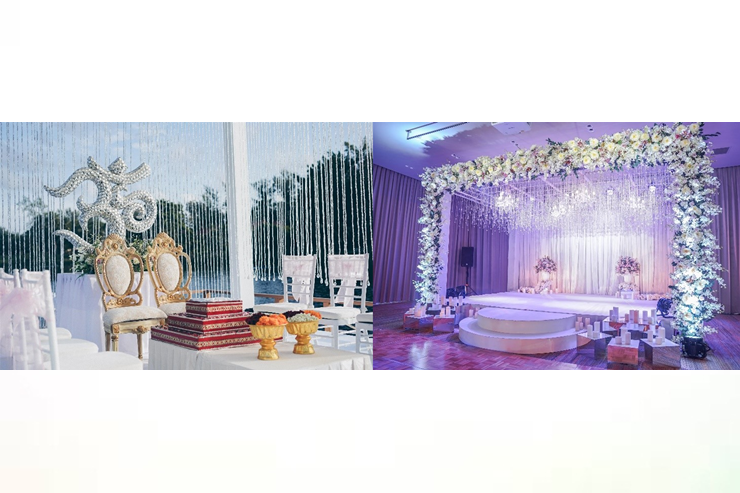 As direct international flights resume, the Outbound India virtual tourism event reveals how Laguna Phuket could be in pole position to capitalise on this critical market.

With a population of almost 1.4 billion people, India’s outbound market has the potential to transform any destination. For Thailand, which is only a short-haul flight away and has close cultural connections with India, this vibrant country could be the catalyst the kingdom needs to kickstart its tourism industry.

But exactly how much potential does India hold and what do Thailand’s tourism and hospitality operators need to do to capture it? These topics were explored in “Outbound India – Restarting India’s Tourism to Thailand” – the latest webinar from Delivering Asia Communications and C9 Hotelworks. Hosted on 14th December, this insightful event heard from key players in various sectors, including airlines, hoteliers, tour operators, wedding planners and more, to see how India is shaping up as the saviour of Thai tourism.

Prior to the global pandemic in 2019, 1.9 million Indians visited Thailand. While that marked a strong 22% increase from 2018, it was just a fraction of the 12 million visitors from China – a country with similar characteristics. But with outbound tourism from China currently on hold, Ravi Chandran, CEO of Laguna Phuket, said he believes that India has the chance to shine.

“With the Chinese market now dampened, the Indian market is huge – not only for Phuket but for the whole of Thailand,” Ravi told the virtual event. “India is traditionally very family focused, so a two-week break is ideal in a place like Phuket, which has so much to offer. In terms of activities, Indian visitors are looking for everything from walking and cycling to water sports and relaxing by the beach. With so much outdoor space, three kilometres of beach and a championship golf course, I think we’ve got everything anyone wants. This opens up Phuket as a different destination for Indians, who typically went to Bangkok and Pattaya before.”

With a renewed focus on fresh air and outdoor activities, Phuket’s strength as a sports tourism destination could also boost its popularity. This has been brought into focus in recent weeks, as Laguna Phuket hosted international beach volleyball and golf tournaments. The latter event attracted two top Indian golfers, Jeev Milkha Singh and Shiv Kapur.

Perhaps the most attractive aspect of the Indian outbound sector however, is weddings. While this US$50 billion industry was severely impacted by the pandemic, it looks ready to bounce back. Ravi revealed that Laguna Phuket has seen a surge in wedding inquiries over the last three months. This was echoed by Sally Mangharam, Managing Director of Mantra Events, a Thailand-based wedding planner, who told the webinar that she’s already taking bookings for 2022.

“There’s definitely a market, but it’s highly dependent on travel regulations and consumer confidence. I have six weddings confirmed between now and July; they’re very positive and want to come back to Thailand,” Sally stated. She added that it would be “very helpful” if the Thai government could help to subsidise the cost of PCR tests for inbound guests.

Of course, any recovery is dependent upon the availability of flights, and Phuket was given a huge boost this month when Go First, the low-cost carrier formerly known as GoAir, became the first Indian airline to resume direct flights to the island. Paul Wu, the airline’s Regional Head for Southeast Asia, outlined the impact this will have on Phuket.

“We have 10 charters lined up between 4th December and 10th January, which will bring an estimated 2,000 Indian visitors into Phuket. These include one flight chartered by Dharma Productions, one of the biggest production houses in Bollywood. This will provide a major boost for the Phuket tourism industry, as once the movie is released it will show Phuket to Indian audiences,” Paul revealed. He added that Go First is aiming to launch scheduled flights to Phuket and Bangkok from several major Indian cities, including Mumbai, Bengaluru, Delhi, Kolkata and Chennai, once international restrictions are lifted in January.

2022 has the potential to be a transformative year for Thailand’s tourism industry, as the world continues to rebound from the depths of the pandemic. With improving accessibility and a wealth of activities and attractions for Indian travellers, Phuket will be at the forefront of this fightback.

“Pent-up demand is strong; India can be a good substitute for the Chinese market, especially in those low season months when we were reliant on China. We’re working with the airlines and agents in India, focusing on five major cities and putting together packages to suit them,” Ravi concluded.

Risky business: the most dangerous destinations in 2022

CDC warns against travel to France, Portugal, Jordan amid COVID-19

Off-grid eco lodges in Victoria’s Grampians could be your ticket to ‘green’ tourism boom...

The Little-Known Lake In Nevada You Can Only Reach By Hiking...

Goa tops the list of favourite destination for Indian travellers |...